Would MonitorChain have Prevented Past Ethereum Smart Contract Hacks?

In this article, we take a look at a number of the highest profile hacks that have occurred on the Ethereum blockchain, casting a retrospective view of what happened, and whether theses crises would have been prevented, or at least have their impact lessened, if the exchanges and smart contract creators involved had been using MonitorChain. Hindsight is always 20/20, but we would like to think MonitorChain would have helped – a lot. 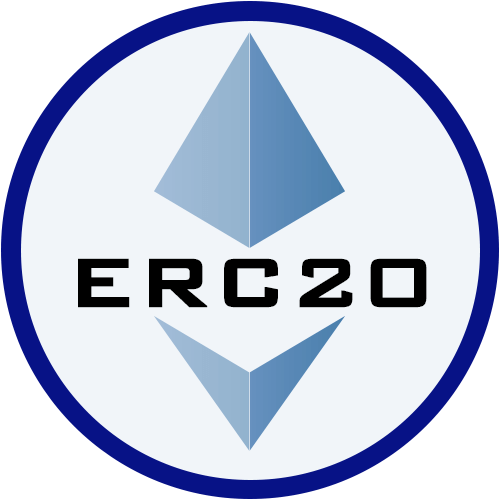 A previously undiscovered critical vulnerability in some ERC20 tokens allows hackers to mint trillions of counterfeit tokens of over a dozen cryptocurrencies, most notably Beauty Coin and SmartMesh. Chaos ensues as these newly minted tokens are dumped on exchanges, buying out the entire order book. Undetected for hours after each successive hack, exchanges – scrambling to prevent damages and unaware which tokens are vulnerable, are forced to suspect trading of all ERC tokens for days. Millions of dollars’ worth of counterfeit tokens are successfully laundered and exchanged for BTC, ETH and XMR which is then withdrawn, leaving traders, exchanges, and the token creators holding the bag.

The creation of trillions of counterfeit tokens by hackers would immediately set off the highest levels off both the Minting Rule and Large Transfer alerts on MonitorChain. Exchanges would receive critical warnings within seconds of the hacks occurring, long before the fake tokens reach their order books. Automated trading suspensions prevent any token dumping and no traders lose their ETH/BTC. Exchanges also benefit in opportunity costs, as they can disable only the impacted ERC tokens and are not forced to disable all of them, saving valuable trading fees that would otherwise be lost. 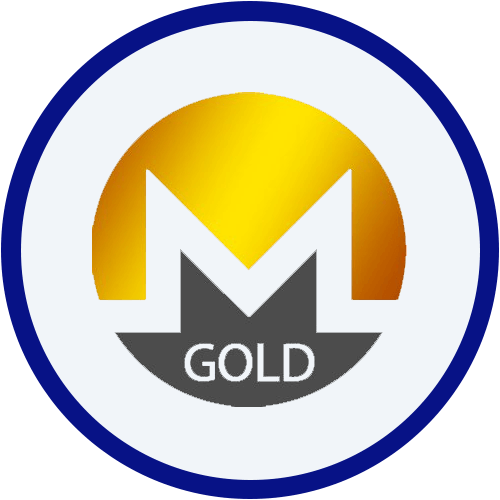 The creators of a suspicious $4m ICO execute the final step of their exit scam, exploiting a backdoor hidden in the token contract’s burn function to create an infinite number of new tokens, which they promptly sent to CoinExchange.io and dumped onto unsuspecting traders, tanking the price to zero. The Monero Gold website was replaced with a ‘friendly’ message, and the exchange used their own funds to repurchase from spurned traders as a ‘buy wall,’ which did not fully cover the losses and left token holders to suffer considerable losses, along with badly damaging the exchange’s reputation with substantial bad press.

The moment the rogue developers executed their backdoor, MonitorChain’s Minting Rule alert would send a critical alert to CoinExchange.io enabling them to freeze trading before a single trade was made. The fraudulent ICO would still have occurred, but at least the exchange would no longer be caught up in the aftermath. A negative situation could be spun into a positive through quick action to mitigate losses, which in turn builds trust in an exchange leading to more users, more volume, and most importantly more trading fee revenue. 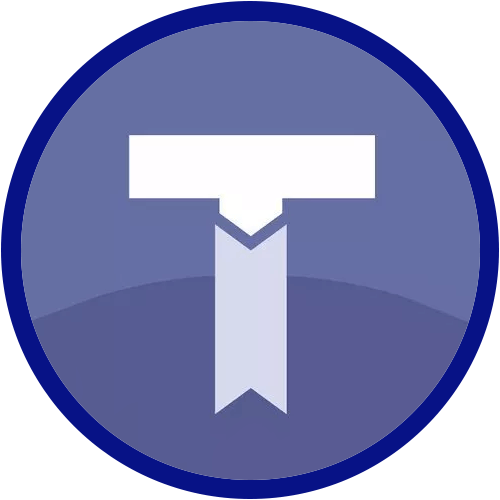 18.7 million BAR tokens are stolen from the Titanium Blockchain Infrastructure Service internal reserve wallets. Despite being held in multisig wallets, these tokens are moved en masse. The company attempts to downplay fears with a series of announcements. Several days later, many stolen tokens find their way to exchanges, where they are dumped, dropping the price by 90% in hours. The company later hard fork their token contract and attempt to move forward, but issues continue, with confusion as some exchanges continue listing the old token. The founder of TBIS is later arrested by the SEC on charges related to its ICO. A situation this hack certainly did not help.

Millions of tokens moving from a secure multisig wallet of the largest holding address for the entire token immediately sets off MonitorChain’s Smart Control Rule Violations and Large Transfer Alerts, providing substantial technical details to allow exchanges to make informed decisions on whether to suspend trading rather than trusting the false assurances of the developers. Exchanges shut off trading promptly and avoid the embarrassment of having stolen tokens dumped on their users four days after a theft. TBIS’s problems stay in house, sparing exchanges and traders from collateral damage losses. 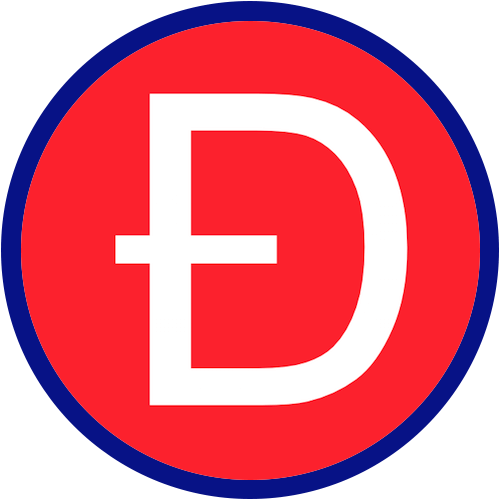 The first major smart contract hack, and still the most well-known; programmers in a race against time after a vulnerability is exposed are unable to outwit a hacker who manages to siphon over 3.6m ETH – over 15% of all Ether in circulation. The price drops by 30% in the immediate aftermath. Numerous mitigation and soft fork proposals fail to find a solution leading to the most drastic event in Ethereum’s history, a hard fork which divides the community and leaves Ethereum Classic as a separate chain.

The nature of the DAO’s child funds provided exchanges protection in that funds were locked for 28 days, preventing dumping on exchange. The ensuing hard fork mitigated the situation before such an event could occur. Given how much Ethereum has grown since this incident, it is unlikely exchanges will be so lucky should a similar hack occur. MonitorChain would have detected the incident as a Smart Contract Rule Violation, and along with the Transaction Tracer, allowed exchanges to blacklist the stolen funds and prevent market dumping. 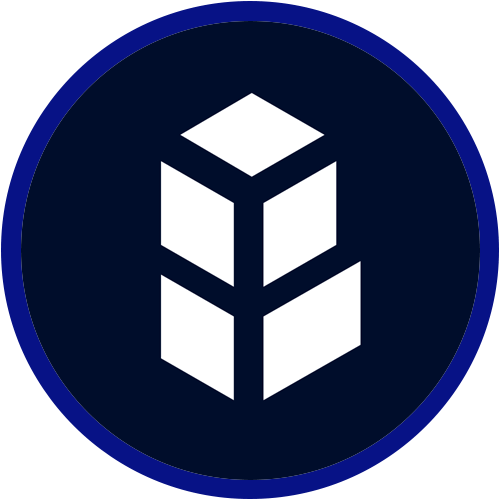 Decentralized liquidity exchange and token Bancor suffer a hack worth a combined $23.5m USD of cryptocurrency – $12.5m in Ether, $1m in Pundi X (NPXS), and $10m in their own BNT token. The company statement on the hack was that a “wallet used to upgrade some smart contracts was compromised.” In other words, an admin account on their exchange was hacked. Bancor invoked a little publicized function in their token’s smart contract to save the BNT portion of the theft, destroying the thieves stolen BNT tokens – much to the ire of many in the crypto community who felt this action went against the core nature of decentralization and censorship resistance. Pundi X, while blameless for the initial hack, were left powerless in the aftermath as they pleaded unsuccessfully with exchanges to halt trading and blacklist hacker addresses, with the NPXS tokens being dumped on exchange harming their token price.

In security breaches, seconds matter. While the Bancor hack was relatively fast, it was not instant. With MonitorChain, timely alerts at the first suspicious transfer could have reduced the size of losses if acted upon promptly. The stolen BNT would likely still be destroyed as before, though the ETH and NPXS situations could be improved considerably. With Transactions Tracing, the stolen ETH and NPXS would immediately be put onto a blacklist to prevent exchange dumping. For NPXS, MonitorChain would also have increased the chances of trading being suspended as they had asked, with supporting exchanges doing so automatically upon alert. 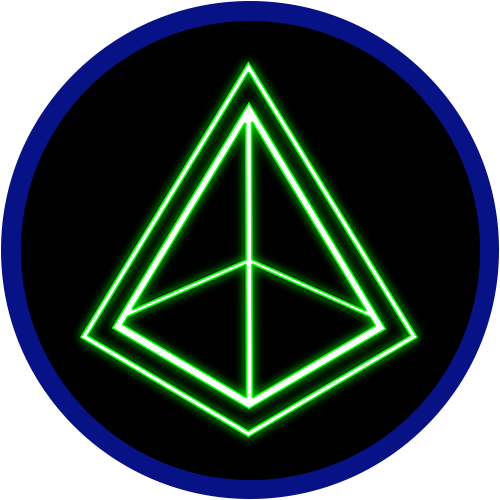 A ‘legitimate’ pyramid scheme game on the Ethereum blockchain that is intended to simulate how Ponzi schemes function gives its users an unexpected lesson on scams, though ironically not in the true nature of a Ponzi scheme. Poorly written smart contract code is exploited, and hackers simply withdraw 2,000 ETH from the contract. While this situation is laughed off by many due to its surreal absurdity, it still resulted in the theft of what was valued at the time at $2.3m USD.

POWH is admittedly not the primary type of smart contract that MonitorChain builds alerts for, but in any ecosystem it is important to monitor any key components, and a smart contract controlling such a value of Ether certainly qualifies. The hack, in violating the smart contract’s encoded conditions, would set off an alert from MonitorChain for exchanges, and transaction tracing would allow them to blacklist the stolen funds to perform a degree of damage mitigation.

It may seem easy to dismiss the above examples as old news that won’t impact your exchange. After all, the DAO hack was caused by a flaw in the Ethereum infrastructure itself, basic diligence would have exposed Monero Gold as a scam, Titanium Bars would be solved with simple investigation, and the batchOverflow bugs may have been detected by smart contract audits – but what about the next hack?

Internal security can only go so far. Crypto has brought out the best and brightest thieves across the globe. Security is an ever-evolving cat and mouse game where hackers have a major advantage – they only need to win once. This problem is amplified further by the immutable nature of the blockchain and the permanent uneditable nature of smart contracts. By detecting the signs of hacks and theft rather than just trying to prevent it, MonitorChain provides an essential last line of defense that no exchange should be without.